Transformational Leadership: The Good and the Bad

Transformational leadership produces qualitative—even revolutionary—positive change. It inspires and motivates teams to go from “good” to “great,” and from “great” to “greatest.” It’s based on the energy, enthusiasm, and passion of transformational leaders—visionaries with strong team-building skills who challenge long-held assumptions and beliefs. By setting ambitious goals and providing incentives, transformational leaders motivate others to reach high levels of performance. At the same time, they provide opportunities for personal and professional growth, thus empowering others and leading them to develop their own leadership potential. 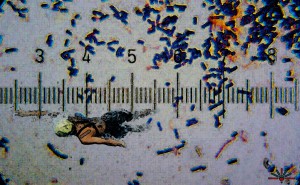 Now, results from a new study suggest that transformational leaders might encourage not only high performance levels, but also poor health. To carry out the study, researchers monitored 155 Danish postal workers and their managers over a three-year period. While transformational leadership has previously been associated in the short-term with positive employee well-being, better sleep quality, fewer depressive symptoms, and reduced general absenteeism, results from the new study suggest that, in the long-term, employee health can be negatively affected. Why? According to the study authors, transformational leaders may encourage presenteeism—a condition in which employees continue working even when sick, resulting in reduced opportunities for recovery and therefore increased risk for long-term illnesses and absences. In addition, presenteeism may lead to the spread of infectious diseases, as for example the common cold, among team members.

Karina Nielsen, one of the two study authors, said in a press release: “It is possible that high performance expectations pose a risk to both healthy and vulnerable employees and the motivational aspects of transformational leadership may backfire. Transformational leaders may promote self-sacrifice of vulnerable employees for the greater good of the group by encouraging them to ignore their illnesses and exert themselves. This can lead to increased risks of sickness absence in the long term.”

Kevin Daniels, the other study author, said: “The assumption that ‘more transformational leadership is better’ does not hold over time. As role models, transformational leaders should display healthy behaviors when motivating people, they should monitor and check them, and encourage workers to look after their own health. Managers need to strike a balance, they can still encourage staff to perform well, but in a way that is not at the expense of their health and well-being.”

It should be pointed out that, on the basis of their results, the study authors only hypothesize that work pressure created by transformational leadership may prevent employee recovery from illness (by encouraging them to go to work despite poor health)—such hypothesis has not yet been tested. However, the authors recommend to include health-related elements in transformational leadership training. For example, intellectual stimulation should not only focus on developing competencies, but also on building resilience and coping skills. Leaders could also be trained in incorporating well-being and health into the vision, goals and objectives they develop for work groups.