For the past few decades, women’s movement into leadership roles and occupations previously only held by men has been gradually improving. However, gender biases and discrimination against women in leadership roles still persist. Results from a variety of studies show that Americans, men and women alike, continue to endorse gender stereotypes, even for men and women in powerful positions. It’s not surprising, then, that gender gaps still permeate our society. Women leaders view “stereotypes and preconceptions of women’s roles and abilities” as a major barrier to their advancement in their companies. The result of gender biases is that women struggle to reconcile the expectations related to their feminine gender role with those that are necessary to lead others—such as assertiveness and competency—which are seen as more masculine. 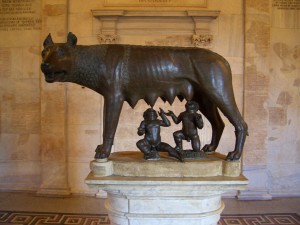 Recent research suggests that even teen girls—who are key to closing the gender gap—still face gender bias. These biases could be powerful barriers to leadership for a generation of teen girls with historically high levels of education. The research was carried out by Making Caring Common, a project of the Harvard Graduate School of Education, during the 2014-2015 school year. The resulting research report—”Leaning Out: Teen Girls and Gender Biases“—was released in July 2015. The research was based on the assessment of the explicit (conscious) and implicit (unconscious) biases of teen girls, teen boys, and parents with regard to gender and leadership.

For the study, researchers conducted several surveys, focus groups, and informal interviews to better understand students’ and adults’ biases related to gender and leadership. They asked students, for example, whether they viewed males or females as better leaders in specific professions including health care, business, politics, and child-care. Their largest survey—19,816 students from a diverse range of 59 middle and high schools—included an implicit bias scenario designed to detect unconscious biases.

Richard Weissbourd, a faculty member at the Harvard Graduate School of Education and co-director of Making Caring Common, said in a press release: “Our study points to insidious bias against girls as leaders that comes from many sources. Bias can be a powerful—and invisible—barrier to teen girls’ leadership. Yet parents and teachers can do a great deal to stem these biases and help children manage them.”

What can parents and educators do, then, to stem these biases and help children manage them? Making Caring Common recommends the following strategies:

However, fully preventing gender and other biases, and clearing pathways to leadership for girls and women, will require changes in many sectors of our society.