Men and Women in Leadership: “Must-Haves” versus “Nice-to-Have” Traits

American women are still underrepresented in top leadership positions, in both public and private sectors. According to the American Association of University Women (AAUW), “There is no lack of qualified women to fill leadership roles. Women earn the majority of university degrees at every level except for professional degrees, and more women are in the workforce today than ever before. There must be something inherent in the system that’s working against them. Blatant sex discrimination is still a problem, as data from the U.S. Equal Employment Opportunity Commission show. But subtler problems like hostile work environments, negative stereotypes about women in leadership, and bias also keep women out of the top spots. Unconscious or implicit bias can cloud judgment in ways people are not fully aware of.” 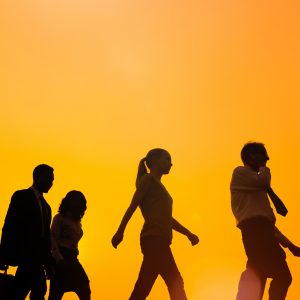 As the debate on the causes of the underrepresentation of women in leadership continues, new studies aim to better understand these causes. Now, research shows that both men and women believe stereotypically masculine traits such as assertiveness and competence are necessary to succeed in leadership roles, whereas stereotypically feminine (or communal) traits—such as tolerance and cooperativeness—are viewed as desirable but ultimately superfluous add-ons. In addition, it suggests that women might be relatively more supportive of leaders with more communal leadership styles compared to men.

The research, detailed in the article “Unnecessary Frills: Communality as a Nice (But Expendable) Trait in Leaders” (published last month in the journal Frontiers in Psychology) includes two different studies.

For the first study, the researchers asked 273 men and women to design their “ideal leader” in order to examine the leadership traits that men and women viewed as requisite versus superfluous. For the second study, which included a different group of 249 men and women, researchers examined whether the participants’ expectations for someone in a leadership role differed when they thought of themselves as occupying that position.

Participants were asked to choose among the following traits:

Andrea Vial, one of the tow study co-authors, said in a press release: “Our results underscore that women internalize a stereotypically masculine view of leadership, Although women seem to value communality more than men when thinking about other leaders, they may feel that acting in a stereotypically feminine way themselves could place them at a disadvantage compared to male leaders.” He added: “Our results suggest that the concentration of men in top decision-making roles such as corporate boards and chief executive offices may be self-sustaining because men in particular tend to devalue more communal styles of leadership—and men are typically the gatekeepers to top organizational positions of prestige and authority,”