High GPA and Gender Biases in the Job Market

Does an outstanding college GPA open doors in the job market for recent female graduates? The correct answer could be surprising. According to results from a recent “audit study”, women benefit more from moderate than high academic performance. The study (The Mark of a Woman’s Record: Gender and Academic Performance in Hiring) was published in April 2018 in the journal American Sociological Review.

Natasha Quadlin, the researcher who carried out the audit study, submitted applications from 2,106 job seekers of both genders for various entry-level positions appropriate for new graduates. However, the job seekers weren’t actual people—they were imaginary applicants, with imaginary names and resumes. 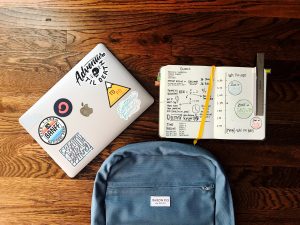 For each resume, Quadlin experimentally manipulated GPA, gender, and college major, and provided an email address and phone number. The employers advertising for the entry-level positions did not know they received these applications for research purposes, and believed they were from real applicants.

Quadlin identified the advertised entry-level jobs using an online employment database. She sent two applications for each job posting she selected—one from a man and one from a woman, using applicants’ names common to the regions where the applications were sent. Both applications included similar cover letters, academic history and participation in gender-neutral extracurricular activities. The applicants majors were either math (an area traditionally thought of as male dominated), or English (female-skewed), or business (considered gender-neutral).

Quadlin said in a press release: “Men were more likely to get a call back if they were seen as having more competence and commitment, but only ‘likability’ seemed to benefit women.” She added that likeability is associated with moderate academic achievement, and that employers should consider biases they may not even realize they have when sorting through applications. It should be noted, however, that the study didn’t target high-paying, more-prestigious jobs, and targeting these jobs could change the outcome.