There are many factors that appear to justify the low numbers of American women in science, technology, engineering, and math (STEM)—from the low interest that young girls express for STEM subjects, to issues involving work-family balance.  However, recent research indicates that one of the major factors pushing women out of science is bias, not low interest or personal choices.  In addition, there is evidence that bias plays out differently depending on a woman’s race or ethnicity.  Implicit biases—which reflect stereotypes people may not realize they have—appear to be more common.  At the same time, there is evidence that old-fashioned, explicit racial stereotypes are alive and well. 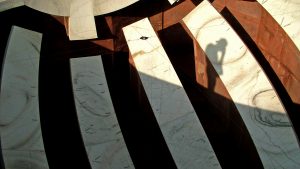 Here, we have a new example of bias in STEM.  Results from a study published a few days ago (July 10, 2017) show that there is widespread bias in astronomy and planetary science, the field that focuses on celestial objects and processes.  The study used an intersectional approach, taking into account the so-called “double jeopardy”—being not only a woman, but also a woman of color.

The survey, which involved more than 400 women and men, consisted of 39 questions administered online in early 2015, and focused on workplaces experiences they had in their current career position over the previous 5 years.  Participants were recruited through astronomy and planetary science professional meetings, media outlets, blogs and social media.

Respondents included a total of 474 individuals, representing academics, students, postdoctoral researchers and administrators in the astronomy and planetary science field.  Of these respondents—which represented every demographic group and every rank in the academic hierarchy—88 percent reported hearing, experiencing or witnessing negative language or harassment relating to race, gender or other physical characteristics at work within the last five years.  In addition, 39 percent reported having been verbally harassed, and 9 percent said they had suffered physical harassment in the workplace, resulting in an undermined sense of safety.  About a third of white men reported hearing sexist and racist remarks at work or in classrooms and laboratories.

In nearly every significant finding, women of color experienced the highest rates of negative workplace experiences, including harassment and assault.  Notably, about 40 percent of women of color reported feeling unsafe in their place of work as a result of their race and gender.

Overall, the undermined sense of safety resulted in about 13 percent of the female respondents skipping at least one class, meeting, fieldwork opportunity or other professional event.  Some minority men also skipped events as a result of hearing racist comments at school or work.

Kathryn Clancy, first author of the study, said in a press release: “For 40 percent of women of color to say they felt unsafe in their workplace – not over the course of their lifetimes, but just in the last few years – that is probably one of the strongest pieces of evidence that something is terribly wrong,  And the fact that something like a third of the white men are overhearing these remarks is more evidence that this is kind of a hostile environment in general. It appears that this is a discipline that has some bullying and intimidation issues.”

In their published paper, the authors conclude that “Never has awareness of hostile workplace behaviors in the sciences been so strong, and the possibility for change so great.  We are living in a time when advances in the culture of science could match the advances in science and technology.  This should lead to an increase in the diversity of questions we ask, hypotheses we test, in the way we interpret our data, and the priorities we make in our disciplines.  These data point to a problem, but they also point to a solution.  More than ever before, we have the opportunity to create conditions for the best possible science to happen.”