Advertisements that promote gender stereotypes are under increased scrutiny.  Think, for example, of the baby formula ad showing a little girl that grows up to be a ballerina while a little boy anticipates his interest in mathematics.  Now, Britain is paving the way to help minimize gender stereotypes by banning sexist ads.  The Advertising Standards Authority (ASA) released a report on July 18, 2017, (“Depictions, Perceptions and Harm”) following a major review of gender stereotyping in advertising. 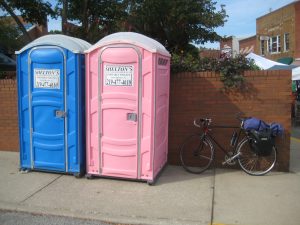 The report points out that gender stereotypes invite assumptions that negatively restrict how adults and children see themselves and how others see them, leading to unequal gender outcomes in public and private aspects of people’s lives.  These outcomes are increasingly acknowledged to be detrimental to individuals, the economy, and society in general.

Accordingly, Guy Parker, Chief Executive of the ASA, said: “Portrayals which reinforce outdated and stereotypical views on gender roles in society can play their part in driving unfair outcomes for people.  While advertising is only one of many factors that contribute to unequal gender outcomes, tougher advertising standards can play an important role in tackling inequalities and improving outcomes for individuals, the economy and society as a whole.”

Indeed, evidence presented in the report makes the case for stronger regulation of ads that feature stereotypical gender roles or characteristics which might be harmful to people, including ads which mock people for not conforming to gender stereotypes.  Ella Smillie, lead author of the report, said that tougher standards will address harms and ensure that modern society is better represented.

The report acknowledges that it’s inappropriate and unrealistic to prevent ads from, for instance, depicting a woman cleaning, but new standards on gender stereotypes might consider problematic ads that, for example, depict family members creating mess while a woman has sole responsibility for cleaning it up, or suggest that an activity is inappropriate for a girl because it is stereotypically associated with boys or vice versa, or feature a man trying and failing to undertake simple parental or household tasks.

The ASA’s report will be handed to the Committee of Advertising Practice (CAP), which sets British advertising standards across all forms of media—from TV and newspapers to billboards and online ads.  The CAP will develop new rules, starting later this year, and the ASA will then enforce them.

CAP will also use the evidence presented in the report to clarify standards that reflect the ASA’s existing regulatory position on ads that objectify or inappropriately sexualize women and girls, and ads that suggest it is acceptable for young women to be unhealthily thin.