In a recent tell-all letter to the U.S. Government Accountability Office (GAO), the House Committee on Science, Space, and Technology tackled the issue of sexual harassment of women in the academic scientific community. The committee defined the issue as a “pernicious problem,” and stated that “sexual harassment is not outside the norm for women in academia.”

The letter, dated January 18, 2018, asked about Title IX compliance programs, but with a twist: it focused on sexual harassment by federally-funded investigators. In addition, it inquired on how agencies share information about cases under review, and how decisions on the status of federal grants and on eligibility for new grants are made in cases of sexual harassment.

Committee chair Lamar Smith told BuzzFeed News: “No person should be subjected to harassment in the workplace. Our goal with the GAO report is to better understand the extent of the problem throughout the scientific community and ensure that recipients of federal research funding are worthy of the taxpayers’ trust.” 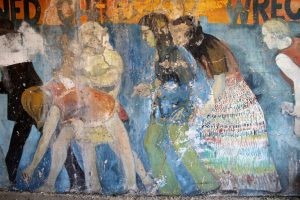 According to the results of a survey presented during a 2016 National Academy of Science workshop, only a small percentage (roughly 10 percent) of those victimized by sexual assault and sexual harassment in academia reported these violations. One of the reasons for non-reporting is the perception that institutions do not respond forcefully to complaints. An editorial in the journal Nature points out: “Although institutions proclaim that they have zero tolerance for abuse of the policies that they claim to enforce, too often their primary concern seems to be secrecy and reputation management.”

The tide may be changing, though. Lately, high-profile cases of sexual harassment in the scientific community have been garnering media attention—thanks to women that have started to speak up and name predators, and to journalists that have reported stories based on concrete evidence. The #MeToo campaign is now reinforcing the trend. Consequently, many academic institutions across the country have been forced to move from lukewarm responses to more aggressive actions against unacceptable conduct.

The first major case that became widely known is that of world-famous Berkeley astronomer Geoffrey Marcy. In October 2015, BuzzFeed News obtained and published the proceedings of an investigation that had not been made public before. Results from the investigation showed that Marcy violated campus sexual harassment policies between 2001 and 2010. According to the proceedings, four women alleged that Marcy repeatedly engaged in inappropriate physical behavior with students, including unwanted massages, kisses, and groping.

Following the uproar caused by the revelations, Marcy stepped down from his position. In December 2015, the University of California, Berkeley, released its report in response to public-records requests filed by Nature and other publications. However, at the end of the same month, Marcy obtained the title of “Professor Emeritus.” Berkeley spokesman Dan Mogulof told BuzzFeed News: “As per a standing Regents order, he can call himself an Emeritus. Having said that, he doesn’t have an office, and will not have an office. He’s not teaching, and never will in the future.” Berkeley was heavily criticized for not firing Marcy following the findings from the university’s investigation.

The Marcy news reports led to a domino effect—many other cases of sexual harassment occurring in the scientific community became suddenly newsworthy, and some are still undergoing intense scrutiny and debate.

In February 2016, Jason Lieb, a prominent molecular biologist at the University of Chicago, resigned following the results of a sexual misconduct allegation. According to the allegation, he made unwelcome sexual advances toward several female graduate students, and engaged in sexual activity with a student who was “incapacitated due to alcohol and therefore could not consent.”

In August 2017, CalTech announced that Christian Ott, following an internal investigation, would resign by the end of the same year. Ott, who was considered a rising star in the field of astrophysics, had harassed two female graduate students. However, on January 31, 2018, BuzzFeed News reported that he will start working as a senior researcher at the University of Turku in Finland on March 1.

Another widely publicized case is that of Michael Katze, who was fired in August 2017 by the University of 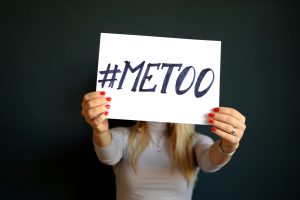 Washington. A year earlier, university investigations had found that Katze, a scientist at the forefront of Ebola and flu research, had sexually harassed women working in his lab, had asked employees to solicit a prostitute for him, and had misused public resources for personal gain.

One of the most recent cases involves David Marchant, a geologist at Boston University who, according to the university’s findings, sexually harassed a former graduate student when they were working at an isolated field camp in Antarctica. Marchant has been placed on administrative paid leave and is not allowed on campus. According to the latest available reports, he plans to appeal the university’s findings.

However, it is the University of Rochester and T. Florian Jaeger that are now at the center of the storm. Following the public outcry caused by the results of investigations on Jaeger’s conduct, Joel Seligman, the President of the University of Rochester, announced his resignation last month. He wrote in an email: “It is clear to me that the best interests of the University are best served with new leadership, and a fresh perspective to focus on healing our campus and moving us forward in a spirit of cooperation and unity.” Jaeger is a professor of brain and cognitive sciences at the University of Rochester, and has been accused of sexual harassment and retaliation. The case is nuanced and complicated, and involves an Equal Employment Opportunity Commission complaint filed by a number of students and faculty members. On January 23, the University of Rochester’s Faculty Senate postponed a vote on whether to censure Jaeger over his “inappropriate” and “sexualized” behavior with female students.

All the cases mentioned above—considered to be only the tip of the iceberg— involve scientists who have received considerable federal funding for their research activities. In academia, victims of sexual harassment and assault usually channel their complaints through Title IX. Title IX of the Education Amendments of 1972 is designed to ensure that institutions that receive federal funding provide all students, regardless of sex, equal access to educational programs and activities. Federal agencies providing funding to academic institutions are responsible for enforcing Title IX compliance with respect to those institutions, including conducting periodic compliance reviews of their funding recipients.

In 2015, GAO released a report focusing on the discrimination component of Title IX, analyzing differential success rates among male and female STEM grant recipients for the six federal science agencies awarding the most funding to universities and colleges (National Institutes of Health [NIH], National Science Foundation [NSF], Department of Defense [DOD], U.S. Department of Agriculture [USDA], Department of Energy [DOE] and National Aeronautics and Space Administration [NASA]). Among other findings, the report shows that two of the six agencies reviewed (NIH and DOD) were not conducting required Title IX compliance reviews.

In October 2016, U.S. Rep. Jackie Speier of California told CNN: “If you’re going to use mice in your research, there are all these federal requirements that have to be complied with, and yet, when it comes to your teaching assistant there is no such requirement that you treat them in a humane way.” She added: “If someone is discriminating, if someone is a sexual predator, they should not have access to federal dollars. If the grant money dries up for that professor, he’s not going to be as successful at the university. He’s not going to be as sought-after.”

The 2018 House Committee on Science, Space, and Technology letter to GAO is a follow up to the bipartisan investigation opened a year earlier after the publication of articles in Science and The Washington Post on the Marchant/Boston University case. Marchant had received nearly $5.5 million in federal grants. Letters sent to NSF, NASA, and Boston University read in part: “Professor Marchant’s alleged actions, if true, are an example of behavior that is not acceptable in the academic scientific community or in any professional environment. The Committee has a responsibility to ensure that recipients of federal dollars are worthy of the taxpayer’s trust. Any behavior that stymies the advancement and support of women in science should not be tolerated and this Committee will seek all surrounding facts.”

Gender equality in academic institutions and in the sciences continues to be a hotly debated topic. Women scientists continue to face numerous challenges. Unconscious gender biases and gender discrimination still contribute to the leaky pipeline—while gender balance is gradually being achieved at undergraduate and graduate student levels in many scientific fields, women continue to be underrepresented at more senior levels and in leadership academic positions. It’s now becoming clear that sexual harassment is another major factor influencing gender equality in the sciences. As pointed out in the 2018 House Committee on Science, Space, and Technology letter to GAO, it’s possible that female science students withdraw from research to escape sexual harassment or to avoid retaliation caused by their refusal of sexual advances.

This post is dedicated to the memory of Patricia Douglas, a #MeToo pioneer—a woman that, eight decades ago, refused to be silenced.

This post was first published in the IEAM blog on February 5, 2018.