Peer Mentoring in College Increases Retention of Women in Engineering

Scientific discoveries and their many applications are critical to the American economy.  Thus, public debate on how to develop an increasing robust workforce in science, technology, engineering and mathematics (STEM) fields continues unabated.  Notably, the under-representation of women in STEM is attracting increasing attention, and considerable efforts are underway to understand not only why so few women choose STEM fields in college, but also why so many of these few women either do not pursue their chosen field of studies or leave their STEM careers after they graduate and enter the workforce. 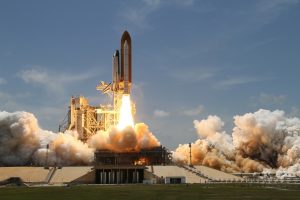 Women’s level of participation in STEM fields varies—it is highest in psychology, where women account for 70% or more of the graduates at each degree level. Women’s participation is also relatively high in biosciences and social sciences (except for economics).  The proportion of women is lowest in engineering, computer sciences, and physics.  Not surprisingly, different groups of scientists are carrying out studies to identify strategies that can be used to increase the number of women in STEM.  The most recent study (Female peer mentors early in college increase women’s positive academic experiences and retention in engineering) focuses on women in engineering, a field with extremely low women representation.  About 20 percent of undergraduate engineering degrees are awarded to women, and only 13 percent of the engineering workforce is female.

What causes the low representation of women in engineering?  A variety of factors contribute to it, including lack of mentorship for women in the field; feelings of isolation and not belonging; lack of confidence; and the challenges of maintaining a balance between work and family life.

For the study, the scientists had 150 female engineering students meet with advanced peer female or male mentors, or no mentors at all, once a month for an academic year.  They surveyed the students’ experiences three times in the first year and once again a year later.  In general, survey responses and retention data showed that female mentors positively influenced students’ feelings of confidence and belonging, as well as their desire to continue in engineering as a career.  However, male mentors had no such effect.  Remarkably, at the end of the first college year, 100 percent of women students mentored by advanced female peers were still in engineering majors.

The scientists point out that while female peer mentors had significantly more desirable effects on first-year women in engineering, “this does not mean male mentors are unimportant.  We expect that female mentors’ support will become less critical as women move beyond college transition, at which point male and female mentors may become equally effective.”  In addition, they point out that male faculty who are scientists and engineers play important roles as advisors and career sponsors in women’s careers.

The study results support the Stereotype Inoculation Model, which predicts that like a vaccine that protects against harmful microorganisms, exposure to successful own-group peers serves as a “social vaccine” to protects one against noxious stereotypes.  This is especially effective during developmental transitions—life stages in which individuals usually experience self-doubt and uncertainty.