According to the National Center for Education Statistics (NCES), 56% of students on campuses nationwide are female at this time. This translates in about 2.2 million more women than men enrolled in college—a number that the NCES predicts will be increasing during the next years. For the raw data corresponding to these estimates, head here.

However, women still earn less than men at every education level, and across demographics and workplaces in the United States and around the world. For example, women working full time in the United States are typically paid only 80% of what men are paid. This difference in earning has many causes, and one of them relates to the majors that women and men choose—those who study male-dominated majors generally earn more after college than those who study majors that are dominated by women. In other words, women tend to choose college majors that lead to lower-paying work, as exemplified by a recent Glassdoor report (The Pipeline Problem: How College Majors Contribute to the Gender Pay Gap. 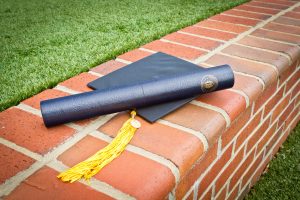 For the report, researchers used a unique dataset of more than 46,900 resumes shared on Glassdoor by people who graduated between 2010 and 2017. For each resume, the researchers first analyzed college majors and post-college jobs in the five years after graduation, and then estimated the median pay for the various post-college jobs. They found that many college majors that lead to high-paying roles in tech and engineering are male dominated, while majors that lead to lower-paying roles in social sciences and liberal arts tend to be female-dominated, on average placing men in higher-paying career pathways,

The report notes that the gender divide among college majors effectively places men and women on different career tracks early in life, as it leads to differences in skills—skills like coding, knowledge of financial principles, written communication, engineering methods, statistical theory, best practices of design, and more.

In a Harvard Business Review article, Sarah Green Carmichael reports that Andrew Chamberlain, Glassdoor’s chief economist, hopes that his research will give all college students more insight into which majors pay the most, so that they can make informed decisions about which major they choose. He also hopes that “by showing young women the facts about what they could potentially earn, more of them might choose a physics or engineering major,” and that more of them will persist in those majors even if they’re the only woman in some of their courses.