“Perseverance: noun – continued effort to do or achieve something despite difficulties, failure, or opposition”.  Perseverance is the unrelenting pursuit of a goal, regardless of extenuating circumstances that threaten to impede one’s progress towards that goal.  It is a common trait among leaders and pioneers, as the ability to adapt and respond to adversity can drive the path to success.

For me, there is one woman that embodies “perseverance”.  Anna Szabo has a story that articulates the very essence of this profoundly impactful trait.  Her story began with desperation and aimlessness, but slowly transformed into one full of prosperity and vibrancy.  I had the opportunity to sit down with Anna to hear a firsthand account of her incredible life journey.  Throughout this post, I hope to capture the essence of her tenacious character and the magnitude of her relentlessness.

In a dreadful nightmare, Anna tosses and turns in her sleep, flashing back to her first year in the United States.  She looks at street signs, but cannot read.  She asks for help, but cannot understand what people tell her.  She tries to communicate how she feels, but nobody can comprehend her native tongue.  Her heartbeat quickens as she realizes how alone she is here in the United States: homeless and lost in a foreign country, surrounded by a sea of people she does not know.  She tries frantically to find someone that can understand her, someone that can help her, but to no avail.

She jerks up in bed, breathing heavily.  “Another nightmare” she says out loud, in English, to remind herself that those struggles are in the past.  She looks around her spacious bedroom in Atlanta, Georgia, and takes a deep breath, leaving her nightmare in the past—where it belongs.

The deck was stacked against Anna (born Anna Ermakova, now Anna Szabo, JD, MBA) from her first day on earth.  Born in Russia amidst treacherous childhood conditions, she was subjected to physical and psychological child abuse in a poverty-stricken neighborhood.  Countless more hardships, including rape, could not keep Anna from becoming a success story.  Perseverance is a founding principle that has been Anna’s constant companion throughout her life.  It exemplifies the sense of resiliency that allowed Anna to fall down and then get back up—over and over again.  It’s what drove her through every obstacle that she encountered day after day. 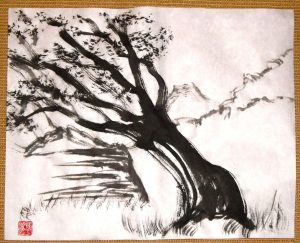 Anna wandered aimlessly through her early childhood in Russia on a fast-track to nowhere, subjugated by abuse and alcohol addiction.  Daily, Anna’s mother told her “you are nothing.”  The phrase became etched into Anna’s mind, driving her towards two childhood suicide attempts.  Desperate for an outlet, Anna began spending time in the school library as a way to pass time.  One night, a teacher found her studying there.  She encouraged Anna to become involved in science and research.  Anna’s newly found interest in science became a catalyst for growth during her teen years, giving her an avenue to channel energy and enhance her intellectual capacity.  Anna went on to become a full-time teacher at 19 years old.  She then pursued business school and earned her JD distinction.

Anna had finally found a way to grow her intellectual capabilities in Russia, yet she was stunted by her perilous home life.  Because she was still immersed in her Russian neighborhood antics, she put her studious nature on pause every day when the school closed, immediately turning back to alcohol at night to shield herself from her home life.  Anna knew this life was a dead-end path, as it would prohibit her from capitalizing on her educational background to her fullest potential.  In 2008, without knowing English, she migrated to the United States in hopes of a fresh start and an opportunity to flourish both personally and professionally.

However, misfortune followed Anna into her new life, landing her in a relationship plagued with domestic violence as soon as she set foot on American soil, with no opportunity to learn English.  She spent eight months in confinement, unable to become acquainted with the brand new world in which she was living.  She eventually freed herself of the abusive relationship, and found solace and shelter in a center for domestic violence victims.  It was there that Anna, in less than two years, taught herself English through PBS cartoons and Frank Sinatra songs.  Having discovered American culture while learning the English language, Anna decided to further her studies in the United States.  She had no clear career path in mind, but viewed business education as an opportunity to develop a universal skillset that could be applied across all vocations.  Therefore, Anna chose to apply to the Masters of Business Administration program at Georgia State University.  She encountered many roadblocks during the application process—she did not have transcripts from previous universities or records of standardized testing scores required to apply for the program.  She decided to go off script, writing a story of her life journey in lieu of the application.  Georgia State University decided to take a chance on the promising immigrant, accepting her into their program despite her unconventional path.  Anna did not disappoint—she proved to be a success story and graduated from the program with honors just a few years later. 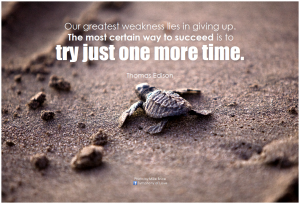 Anna’s perseverance throughout her journey earned her countless skills and invaluable qualities.  She developed an unparalleled work ethic that could not be diminished when obstacles arose.  Through her drive for success, she developed a sustainable self-trajectory inclined towards growth.  These qualities enabled Anna to propel herself forward in both her career and her personal life.  Anna’s work was flourishing when an unexpected opportunity arose—she was presented a chance to work in marketing.  Although she had minimal experience in the field, she took advantage of the opportunity and soon realized she had found her passion, becoming a leader in the marketing world through a position that allowed her to manage an entire company’s digital marketing sector.  Her courage to venture into the unknown allowed Anna to discover her true passion and expand her area of influence into an entirely new field.

Her vast career success has given Anna a platform to extend her talents into the community, where she dedicates much of her heart and energy to helping and inspiring others.  She has written an award-winning book on effective goal-setting, she speaks at conferences, and she works with domestic violence shelters to improve the lives of women suffering from trauma similar to what she had endured.  Anna remembers those that helped her along the way, and seeks to give back to her community and make a positive impact on the world.

Anna’s determination to be a person of significance transformed her from a troubled teen and homeless domestic violence victim to a successful digital marketing guru and award-winning author.  She didn’t let the ebbs and flows of life pull her down; she kept her chin up and learned from challenges, allowing them to serve as an opportunity to become better.

Anna helped me remember that there will be hard times in life, but we are always capable of moving forward despite the setbacks.  Sometimes we can only take one day at a time, or one hour at a time, but even then our passions still matter.  Anna is the epitome of perseverance, and she is a glowing example of how to extract every ounce of good that life has to offer, regardless of the past.  Any time you are knocked down, know that it’s not the end.  Know that you can get back up and build the life that you have always aspired to live.  Know that you, too, can persevere through life’s many roadblocks to become someone extraordinary, just like Anna.

The underlying theme of perseverance throughout Anna’s life can be a valuable lesson to us all.  As a reader, how much of this were you able to connect to your own life?  How many road blocks have you encountered, but have found ways to navigate around them?  And how has Anna’s story inspired you to persevere despite unfavorable circumstances?  It’s essential in life to learn from your past and allow it to propel you into the future.  Share your thoughts in the comments section below! 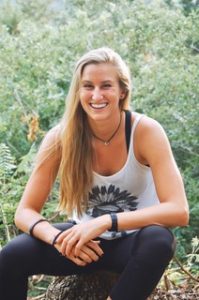 About the author:  Sarah Agnew is a senior at Georgia State University, studying Exercise Science and planning to pursue a Doctorate of Physical Therapy.  She played beach volleyball at GSU for 4 years, and is now focusing on her passion for science via her studies in human anatomy & physiology.  She hopes to one day specialize in amputee rehabilitation as a Physical Therapist.  You can catch her longboarding, practicing yoga, rock climbing, listening to music, or doing anything adventurous in the great outdoors.