The venture capital (VC) industry is a key driver of financing and success for innovative U.S. companies, and an engine of economic growth.  Venture capitalists provide funding to start-up businesses throughout the innovation life cycle, including development of prototypes, beta-testing, and beginning of commercialization.  In addition, they provide mentoring, strategic guidance, network access, and other support. 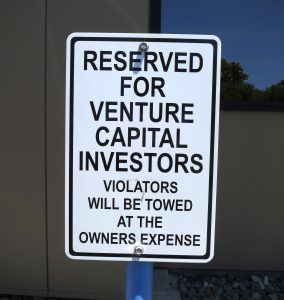 Unfortunately, the VC industry.is plagued by a significant gender gap.  Notably, the proportion of women partners categorized as key decision makers in U.S. venture capital firms has declined from 10% to 5-8% over the last decade.  Not surprisingly, the receiving end is afflicted by the same problem, as shown by a 2014 analysis carried out by researchers leading the Diana Project.  The Diana Project—a research program involving several universities—was started in 1999 to identify and influence the factors that lead to high-growth, women-led ventures in the U.S.  The 2014 analysis found that 85% of all venture capital–funded businesses had no women on the executive team, and only 2.7% of venture capital-funded companies had a woman CEO.

The same researchers carried out a new study (published on July 25, 2017) using a database of 6793 U.S.-based companies that received venture capital funding between 2011 and 2013.  The study results show that, although women have made progress in attracting venture capital, there is still a significant gender gap.

Indeed, businesses that received funding and had women on the executive team were fewer than 4% in 1999 but increased to 15% by 2013.  However, between 2011 and 2013, teams composed of all men were four times more likely to receive funding from venture capital investors when compared to companies with one woman or more on the team.  The gender gap was even greater when leadership positions were taken into account—97% of the total venture capital funding during the period studied went to companies with a man as the CEO.

The original Diana Project research was carried out in 1999 to figure out why fewer than 5% of start-up businesses receiving VC funding had women on their executive teams.  The common explanation was that women entrepreneurs were neither prepared nor motivated to start high-risk, high-potential businesses.  However, the Diana Project found that, in contrast to existing perceptions, many women entrepreneurs had the required skills and experience—yet, they were left out of VC networks, and seemed to lack the contacts needed to break through.

In a 2004 book, Candida Brush and her co-authors (Brush is one of the Diana Project founders, and lead author of both the new study and the 2014 Diana Project report) suggested that women needed to be proactive in order to progress in the venture capital arena and obtain more venture capital financing.  They also suggested that women needed to learn the language of finance or become more financially savvy, have “big dreams,” or start businesses in high-technology sectors, expand their networks, and craft their pitching style to be more like men.  The new study indicates that, despite following these suggestions, many women entrepreneurs have not been able to achieve the expected increased success in obtaining VC funding.  Clearly, additional changes are necessary to close the gender gap in VC funding.  But, what could these changes be?

The researchers propose a series of questions that should be answered by carrying out additional research.  These research questions fall within three categories:

1) Social networks, for example: Do women entrepreneurs have different network structures than their male counterparts?

3) Stereotypes and homophily, for example: Are women entrepreneurs stereotyped by venture capitalists as less likely to be successful?

Remarkably, the new study did not find any significant performance differences between companies with women CEOs and companies with men CEOs.  Thus, it is surprising that women are still, in large part, left out of the market for venture capital funding, both as CEOs and participants of executive teams.

Brush pointed out in the 2014 report that “There is an enormous untapped investment opportunity for venture capitalists smart enough to look at the numbers and fund women entrepreneurs.”

The reason to pursue this untapped opportunity is exemplified by Edith Dorsen in an interview for a recent article:  “Gender inclusive teams are better able to compete in the market, and therefore those companies will perform better financially. It’s a real opportunity that others have not fully grasped to make good returns.”