To be successful, entrepreneurs must have a set of skills that, as of now, are as varied as the entrepreneurs themselves. For example, here is a set of 5 skills that “make an entrepreneur“:  persuasion, leadership, personal accountability, goal orientation, and interpersonal skills. And here are 8 skills that “every entrepreneur needs“: resiliency, focus, invest in the long-term, find and manage people, sell, learn, self-reflection, and self-reliance. As a last example, let’s list the 5 skills “every successful entrepreneur must master“: communication, branding (personal and business), sales, strategy, and finance.

However, one of the major skills needed to be the next great entrepreneur is not listed in the examples above—this skill, identified in a new study (In user’s shoes: An experimental design on the role of perspective taking in discovering entrepreneurial opportunities), is the ability to discover and exploit market opportunities for new businesses. At the same time, discovering market opportunities for new businesses is based on the understanding of the potential demand for the service/products offered by the new business, and the identification of customers, or users. 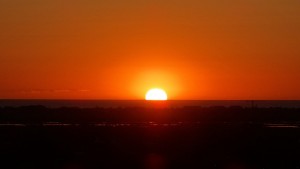 For the study, researchers investigated the “user perspective taking”—and its effect on the recognition of entrepreneurial opportunity—through a scenario-based experiment involving 137 graduate students. Students were told a story about a user, Charles—he is a successful manager passionate about sports and running, and sensitive to particular diet issues. Students were divided into two groups. One group (the user perspective taking group) was instructed to “put yourself in the shoes of Charles—try to figure out his thoughts when experiencing the problem, and imagine his viewpoint as clearly and vividly as possible.” The other group (the control group) was instructed to read the scenario “carefully and objectively” and was explicitly invited to preserve full independence of judgment and to avoid assuming the user’s point of view. Then, all participants were asked to help Charles by inventing a new food product that would aid him in maintaining his healthy lifestyle during work hours.

The researchers highlight three famous entrepreneurs that understood the power of focusing on the user’s perspective. Thomas Edison—one of the greatest inventors and most famous entrepreneurs of all times—once said, “Anything that won’t sell I do not want to invent. Its sale is proof of its utility and utility is success”. Among the modern entrepreneurs, Virgin CEO Richard Branson claims that “when we start a new venture, we base it on hard research and analysis. Typically, we review the industry and put ourselves in the customer’s shoes to see what could make it better”. Similarly, celebrity chef Gordon Ramsay, famous worldwide for his hit TV series Hell’s Kitchen, remarks “the secret of a successful chef is to put himself in the customer’s position. By that, I mean thinking about what they want”.

In final analysis, the results from the new study may help to understand why, when, and how some people—and not others—discover and exploit entrepreneurial opportunities.