Did you hear about the 20 percent gender gap? In 2015, women working full time in the United States were paid—on average—only 80 percent of what men were paid. The gender pay gap is real, and there are good and bad news about it. The good news is that, in the last hundred years, the gap has narrowed markedly. The bad news is that the gap is still substantial, it’s even worse for women of color, and it doesn’t seem likely to go away on its own. The Fall 2016 edition of “The simple truth about the gender pay gap” points out not only that the gap of 20 cents on the dollar between men and women working full time, year-round, is a statistical fact, but also that the pay gap itself is more complicated than a single number—it summarizes a huge diversity of women and life circumstances. Indeed, multiple causes are responsible for the pay gap. For example, are women paid less because they choose lower-paying jobs? Or is it because women have more caregiving responsibilities? And… what about gender bias? 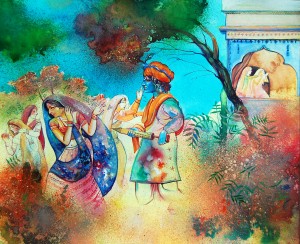 More and more research is being carried out around the world to identify the various causes of the gender pay gap. Here are results from one of the most recent studies: The nicer, or more agreeable, a woman is at work, the lower her salary is likely to be.

The study (All employees are equal, but some are more equal than others: dominance, agreeableness, and status inconsistency among men and women) was published in the journal European Journal of Work and Organizational Psychology. Researchers surveyed 375 men and women from different departments at a large multinational electronics company based in the Netherlands. For the study, researchers used both objective and subjective criteria. For objective data, they analyzed tenure, education, and performance data relative to income and promotion statistics. For subjective data, they examined how the individual perceived the fit between their education, experience, and performance on one hand, and their income and rank on the other. The researchers analyzed data taking into account traditional male and female characteristics.

The researchers found that dominant, assertive women who clearly express their expectations and do not retreat from their demands, are compensated better than their more accommodating female peers. Similar results were observed when dominant men were compared to more conciliatory males. However, even dominant women earn far less than all of their male colleagues, dominant or otherwise. In addition, the researchers found that women invest more of themselves in their jobs than they receive.

Sharon Toker, senior author of the study, said in a press release: “We have witnessed dramatic changes in the definition of traditionally male and female qualities over the past several decades. But some people still really cling to the idea that some qualities are exclusively male and exclusively female. Some professional women are still afraid to exhibit a trait that’s incongruent with presumed notions of female character.”

Michal Biron, first author of the study, added: “We found that women aren’t aware that more agreeable women are being punished for being nice. The nice women we polled in our study even believed they were earning more than they deserved.” Such belief makes nice women less likely to make appropriate demands for equal pay.

In their paper, the researchers point out that their results should not be generalized yet, as the study was conducted among a sample of individuals employed in only one electronics firm in the Netherlands—using similar criteria, further studies should test workers employed in other industries and countries.