Feminism: Gender, and What Else?

Although feminism gets a bad rap for being infiltrated by a bunch of man-hating women, there is only one way to describe what the movement actually is about: Equality between women and men. Don’t get me wrong, the hatred of men (otherwise known as misandry) is alive and well, but that is a topic for another day. It’s interesting to think that from the time of women’s suffrage to the current third wave of feminism we are still advocating for political, social, and economic equality between the sexes. My father always tells me that I have the same rights as him, but I don’t think he’s ever taken a walk in my shoes. With that being said, I’ve never taken a walk in the shoes of a woman of color, a member of the LGBTQ+ community, an economically disadvantaged individual, or someone who is disabled. 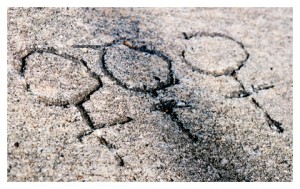 Historically, and even today, most women leading the movement are white. Is it all that surprising, though? Better yet, they are also typically heterosexual, able-bodied, and wealthy. At face value, it really doesn’t sound so bad that a whole bunch of white women are joining together to give a voice to the voiceless…but which voiceless individuals are they standing up and advocating for? Have you ever looked at celebrities to see who is leading the feminist movement? Beyoncé is a feminist and believes in the power of femininity, but why is she excluded from the movement? Is it because twerking isn’t considered feminism? I’ll give you a hint—Beyoncé doesn’t fit the mold of the straight, white, class advantaged, able-bodied feminist. Well, she is three of the four things, but you get the gist.

Gender equality isn’t just a gender thing—it takes into account all systems of oppression. This is why Kimberlé Crinshaw coined the term intersectionality. If you’re unfamiliar with it, that’s okay. Intersectionality is the term given to the interconnected nature of systems of oppression (race, social class, gender, sexuality, ability, ethnicity, and so on), and how they depend on one another to create a system of advantages and disadvantages. It is a hot topic in any sociology course, and most sociological literature has now started to look at problems from an intersectional perspective. So, now that we’ve defined intersectionality, let’s ask: How does this play into the feminist movement led by white women?

For starters, most white women are only disadvantaged because they’re women, and achieving gender equality is much easier when one is only oppressed by the gender system. With that being said, the current narrative of the feminist movement is not taking into account race, sexuality, social class, and ability of other women. Historically, though, it never really has. So, my question is this: Who is actually benefiting from the feminist movement? That’s simple enough to answer—it’s heterosexual, middle-class, able-bodied, white women!

Patricia Hill Collins’ Matrix of Domination is a visual representation of intersecting inequality, and anyone can easily determine their social location by looking at the matrix. However, the feminist movement is not paying any attention to other’s unique social location on the Matrix of Domination. One’s social location is made up of their intersecting social classifications. To put it simply, the more one is disadvantaged based on interlocking oppressive systems, the lower their status is in the social hierarchy—and this greatly affects their life experiences and opportunities. So, really, how much equality is being achieved if people are oppressed by more systems than just gender?

Every woman holds a different social location, and this has major effects on experiences within the workplace. By now, we’ve all heard how women only make 80 cents for every dollar earned by a man. Did you know that that’s only true for white women being compared to white men? Yeah, the feminist movement is always talking about the gender wage gap, and rightfully so, but they have conveniently left out information about all women of color.

In the workplace, black women make about 63 cents for every dollar earned by a white man, and Latina women make a whopping 54 cents for every dollar earned by a white man! Yet people wonder why people of color are experiencing social disadvantage more so than their white counterparts. Oh, you know how Sheryl Sandberg says women are afraid to speak up because they’re concerned to be looked at as rude? Imagine having to live with and internalize the stereotype that you’re already an angry black woman before you even open your mouth. Do you see the pattern of the feminist movement? It’s only worried about achieving equality for white women.

At the end of the day, of course it is necessary to achieve equality for white women, but the focus of the feminist movement needs to be on how gender, race, sexuality, class, ability, ethnicity and all, interact and connect to create differing levels of oppression for all women. Every female has a specific social location which has created a life experience that is uniquely her own. Not every female feminist is going to be an Emma Watson, Sheryl Sandberg, or Hillary Clinton. Let’s embrace Beyoncé’s, bell hooks’, Malala Yousafzai’s, and Audre Lorde’s; the list could go on forever. We must come to the realization that the feminist movement, in its current state, isn’t benefiting everyone. We are all taking a stand against gender inequality, but our fights are not the same.

About the author: I am a senior at Georgia State University studying psychology and sociology. I am an advocate for human rights, and love learning about human behavior. Atlanta, Georgia is my home, but I hope to travel the world one day. I am passionate about studying abroad (Oldupai Gorge in Tanzania, East Africa is pictured here), and I will be experiencing Dubai, UAE over Spring break. You can usually catch me at a music venue, the dog park, or watching Grey’s Anatomy.