Women in STEM: Facts and Myths

Women’s level of participation in STEM (science, technology, engineering and mathematics) fields varies—it is highest in psychology, where women account for 70% or more of the graduates at each degree level. Women’s participation is also relatively high in biosciences and social sciences (except for economics). The proportion of women is lowest in engineering, computer sciences, and physics.

A study published last month (October 2016) points out three factors most likely to explain the lower representation of women in engineering, computer science, and physics, when compared to other stem fields. The three factors are a lack of pre-college experience (lack of sufficient early experience with engineering, computer science, and physics), gender gaps in belief about one’s abilities (gender gaps in self-efficacy), and a masculine culture that discourages women from participating (masculine culture that signals a lower sense of belonging to women than men). 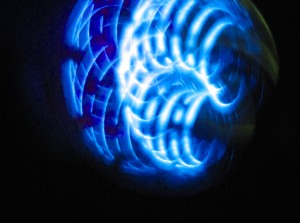 Now, a new report from the Office of the Chief Scientist, Australian Government, confirms many of these findings, and challenges misconceptions about women working in STEM fields. Thus, it further advances our understanding of why women are underrepresented in some of these fields. The report (Busting myths about women in STEM) focuses on mathematics, physics, engineering, and information and communication technology. The report not only identifies four myths about women in STEM, but also debunks these myths by providing facts. So, what are the four myths, and what are the facts that debunk these myths?

Myth # 1: Girls are bad at maths. Fact: There is no gender difference in mathematics ability. However, differing societal expectations for male and female students in many countries result in vastly different experiences of learning, levels of confidence in personal ability, and performance in international benchmarking tests.

Myth # 3: The gender pay gap doesn’t exist. Fact: Women in STEM earn less than their male colleagues. The existence of a gender pay gap across all fields is supported by strong evidence. This is true for both full-time and part-time workers, and for women with, and without children. Whilst having children impacts female income, gender effects are more significant. The effects of motherhood don’t explain why nearly twice as many men earn in the top income bracket compared with women without children, regardless of qualification level.

Myth # 4: The battle against sexism in science has been won. Fact: While there have been improvements in the treatment of women in science, there is still a long way to go. There are strong systemic deterrents to women in scientific research, including a lack of career prospects, job insecurity from one-year (or shorter) contracts, and the impact of leave and part-time work on their careers. Unconscious bias also hinders women’s employment in STEM.

The report concludes that there is nothing inevitable about gender inequality in STEM. Women are not inherently less capable or less interested in STEM than men, and the problem of gender imbalance is not impossible to solve. Debunking the myths and spreading the facts is a good starting point. However, there is the need for a multi-faceted approach across all levels of education and in the workforce. One of the major challenges is the persistence of systemic biases, which limit the range of career options that many women aspire to. Divergent attitudes formed by girls and boys in childhood—such as confidence in their abilities to apply mathematics to problem solving—have far reaching implications for the opportunities available to them in adulthood.

In addition, the report points outs that one of the next steps should foster a culture where senior leaders sponsor young women. Sponsors actively advocate for their protégé’s career advancement and are distinct from mentors, who instead provide psychological support and career advice. Sponsorship accelerates career advancements and pay increases, and helps to address female representation at senior levels.