Benevolent Sexism: It Ain’t That Simple

Approaching the door at the same time as a man is often an awkward experience for any woman. Imagine the man is a co-worker, or boss even, and he speeds up to open the door. How polite, right? Or, according to research in psychology, how… benevolently sexist? What should we make of this gesture? Women often ask themselves this question not necessarily about the act of opening the door, but about the intention behind it—does the man open the door because he perceives women as weaker than men? We must be cautious about crying wolf. Is there a clear line between benevolent sexism and genuine politeness? Although the line sometimes may be blurred, we should be careful not to generalize any polite act by a man toward a woman as having a derogatory undertone. 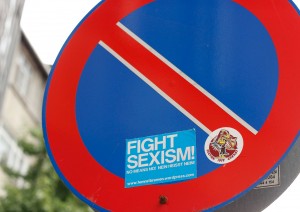 Take the Southern United States, for example. In many Southern households, principles of chivalry are taught at a young age, with the pure intention of teaching young men how to be respectful toward women. Many cultures outside of the United States also share similar principles, making it difficult to pinpoint what comes from traditional polite and respectful behavior toward women, and what comes from condescension. The situation is even more complex in multicultural environments. If we do not understand specific traditions and customs, we should not make the assumption of sexism. And even if we do know them well, individual variability must be accounted for. In other words, it can be really difficult to accurately identify human intention.

In fact, psychologists have been working to dissect the motives behind complex human behavior for decades. Carl Jung, the founder of psychoanalysis, spent his life working to understand human behavior, with a keen eye on cultural and gender perspectives. Unfortunately, he has been accused of being sexist for his theory of anima and animus—the male and female components of the psyche. Not agreeing with Jung is one thing, as an essential component of the scientific process is to challenge theories and hypotheses. However, labeling him as sexist is not only disheartening, but it also results in stigmatization.

Benevolent sexism may be encountered in all aspects of life. Melanie Tannenbaum makes a strong case for why benevolence is a problem for women in STEM fields. In particular, she highlights examples of how stereotypes of women are reinforced through benevolence. She includes the example of Yvonne Brill, a pioneering rocket scientist. Tannenbaum argues that in Brill’s obituary, strong emphasis was placed on Brill’s family life, something that is not emphasized in obituaries of male scientists. But, is this really an example of benevolent sexism? I believe Yvonne Brill was a pioneer, not only because she was a woman rocket scientist, but also because she was a woman who was passionate about her successful career as a scientist while, at the same time, being a mother and wife. Emphasizing the combined scientist, mother, and wife roles she successfully played during a time when this was unheard of is not necessarily a representation of benevolent sexism, rather the recognition of her as one of the earliest role models for aspiring women scientists who wish to maintain a rewarding family life.

Let’s stop throwing around the term “sexist”, not because sexism does not exist, but because loosely using this word is polarizing for both women and men. In our personal and professional lives, we will not always get along with everyone, and we certainly must not tolerate any discriminatory behavior, but let us not be accusatory either. As I was taught growing up in the South, if a man holds the door open for me, I politely say “thanks” and go on with my business. 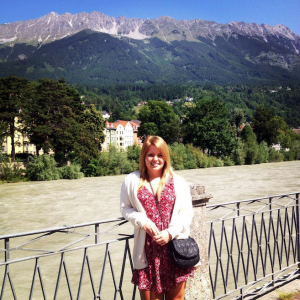 About the author: Jenna Harris is a senior undergraduate studying neuroscience and psychology at Georgia State University in Atlanta, Georgia. She is passionate about genetics and molecular neuroscience, and her hometown, Atlanta. In her spare time she likes to watch anime and read about historic scientists.