Unequal Pay in the Medical Field: The Gender Reimbursement Gap

Women represent half the work force, but they’re still paid less than men in many different professional environments. According to the American Association of University Women, in 2014 women working full time in the United States typically were paid just 79 percent of what men were paid—a gap of 21 percent.

A variety of arguments are used to explain the persistence of the gender pay gap. One of them involves the concept of “choice”—women simply choose to study subjects that normally lead to less lucrative jobs, thus entering lower-paying professional fields when compared to men. Or they choose shorter working hours and greater flexibility—a choice known to negatively affect both earnings and ability to move up the professional ladder. Or they choose less demanding—and therefore less paid—jobs because they have more family responsibilities than men. However, there is more to it. For example, gender bias and social pressure—factors that are often hard to quantify—are likely to influence how much women are paid. 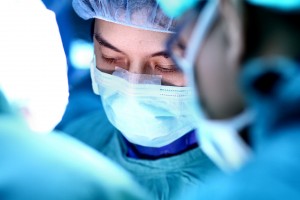 Indeed, as pointed out by Claire Cain Miller in The New York Times, “a majority of the pay gap between men and women actually comes from differences within occupations, not between them—and widens in the highest-paying ones like business, law and medicine, according to data from Claudia Goldin, a Harvard University labor economist and a leading scholar on women and the economy.”

Recent research confirms a persistent gender pay gap in Medicine. Results from a study published a few months ago show that female academic physicians earn nearly $20,000 less a year than their male colleagues. The study, based on the analysis of more than 10,000 physician faculty members at 24 United States public medical schools, found that significant sex differences in salary exist even after accounting for age, experience, specialty, faculty rank, and measures of research productivity and clinical revenue.

The researchers call this disparity a “decades-old injustice”, while noticing that “perhaps most regrettably, we still do not have an answer as to why female providers are reimbursed less than their male counterparts.”

However, the findings show that “the commonly held theories of why monetary disparities exist need to be revisited.” Interestingly, the study results appear to dispute another factor often considered at the basis of the gender pay gap—salary negotiation. Although it is generally accepted that women are less likely than men to negotiate salaries or ask for a raise, this factor does not seem to justify the gender reimbursement gap. The researchers point out that, in healthcare, differences in reimbursements are more likely due to geographic considerations or concomitant services provided, rather than to the negotiating prowess of individual providers.

In final analysis, the study shows a clear gender reimbursement gap while also indicating that the currently accepted explanations for female/male pay differences may apply to some situations, but not to others.