A Tale of Dominance and Prestige: How Make-Up Influences the Perception of Social Status

“The beginning of wisdom about social status is learning to distinguish its two (and only two) primary forms: dominance and prestige. These are, as one research paper puts it, the “two ways to the top.” If dominance is the kind of status we get from intimidating others, prestige is the kind of status we get from doing impressive things or having impressive traits or skills.” In other words, both dominance and prestige can be used to reach higher status in society, but the systems on which they’re based are almost complete opposites. If you’re dominant, it means you prefer using forcefulness or manipulation to make people follow you. However, you can gain high status by prestige—your positive merits and qualities make others want to follow you. 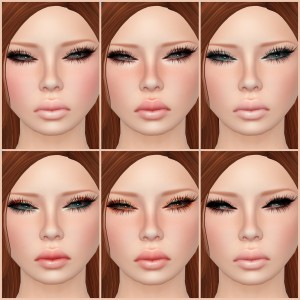 Women who wear make-up are routinely perceived as having a higher professional status. Therefore, a recent study published in the journal Perception (Sex differences in the perceived dominance and prestige of women with and without cosmetics) aimed to determine whether or not the perception of higher professional status linked to wearing make-up was associated with the perception of either dominance or prestige.

For the study, researchers digitally applied a standardized amount of subtle make-up to real images of women’s faces. The amount of applied make-up was based on the average amount of cosmetics worn by a sample of women. Then, the researchers asked men and women to rate the same faces—with and without makeup—for attractiveness, dominance, and prestige.

The researchers then carried out a follow-up study to investigate whether or not jealousy was a factor contributing to the enhanced perceptions of dominance from women. They found that women experience more jealousy toward women with cosmetics, and view these women as more attractive to men and more promiscuous.

Thanks to the study findings, now we are aware that women who wear makeup appear more dominant when they are judged by other women, but appear to be more prestigious when judged by men. So, what are the practical implications of these findings?

Viktoria Mileva, lead author of the study, said in a press release: “For example, at a job interview, knowing whether the hiring committee will consist of men or women might influence a female candidate’s decision about wearing make-up. Whether the interviewers will view her as attractive, dominant, and/or prestigious can affect her and the interviewers’ actions and perhaps the outcome of the interview itself. Thus, understanding the potential implications of cosmetics use are important not only for the wearer, but also for the perceiver.”