In most U.S. universities, the Graduate Record Examinations (GRE) score is at the basis of the selection process for admission of students likely to complete science, technology, engineering and mathematics (STEM) graduate programs. However, the value of the GRE as an appropriate selection tool is under debate, especially because of concerns related to the admission of students historically underrepresented in STEM. 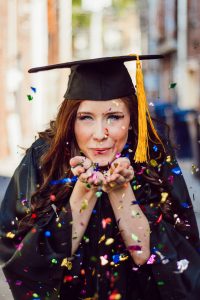 Results from a study published in 2017 indicate that the GRE is not the best indicator for predicting a student’s success while pursuing a doctorate in the experimental life sciences. For the study, researchers defined success on the basis of first-author publications—which are a standard graduation requirement for most biomedical PhD programs—and graduation rates. Joshua Hall, a study co-author, said in a press release: “Maybe this will force us to start thinking of other metrics that perhaps are better indicators of the things we’re actually trying to measure and look for in an applicant—things like grit, optimism, perseverance, and resiliency.”

Now, results from a new study indicate that GRE scores do not predict completion of STEM doctoral programs, and therefore could compromise the admission of high-potential students. The study (Multi-institutional study of GRE scores as predictors of STEM PhD degree completion: GRE gets a low mark), published October 29, 2018, in the journal PLoS One, analyzed GRE scores and PhD completion data for 1805 U.S./Permanent Resident STEM doctoral students in four state flagship institutions.

The researchers found interesting differences between male and female graduate students. GRE Verbal (GRE V) and GRE Quantitative (GRE Q) scores were similar for women who completed the program they enrolled in (obtaining a STEM PhD degree) and those who left the program. Noticeably, GRE scores were significantly higher for men who left the programs when compared to those who completed STEM PhD degrees. Indeed, men in the lower quartiles of GRE V or Q scores finished degrees more often than those in the highest quartile. In addition, GRE scores failed to predict time to degree and to identify students who would leave during the first year of their programs.

On the basis of their study results, the researchers believe that addressing the issue of GRE overreliance may be a key to opening more doors to untapped talent, particularly to women and other underrepresented groups in STEM fields who have characteristics likely to better predict success.

Anibal Valentin, a Rutgers STEM alumnus, said in a press release: “As an undergraduate interested in a STEM PhD, I always struggled with standard tests, including the GRE. Underperforming in these tests puts extra weight on minorities during the application and interview process because we have to convince beyond any reasonable doubt that our GRE scores were just an isolated incident. I successfully completed my PhD at Rutgers in molecular immunology, and I am currently an assistant professor at a medical school. If I take the GRE now I will proudly and consistently fail it again.”