The STEM Gap: Causes and Solutions

It’s common knowledge that women are underrepresented in STEM (Science, Technology, Engineering, and Mathematics) occupations. According to a recent report (Women in STEM: 2017 update) by the Office of the Chief Economist, US Department of Commerce, during the past ten years or so there has been little overall change in this underrepresentation. The report points out that women filled 47 percent of all U.S. jobs in 2015, but held only 24 percent of STEM jobs. Likewise, women constitute slightly more than half of college educated workers but make up only 25 percent of college educated STEM workers. In addition, the report shows that while nearly as many women hold undergraduate degrees as men overall, they make up only about 30 percent of all STEM degree holders. Furthermore, women make up a disproportionately low share of degree holders in all STEM fields, particularly engineering. 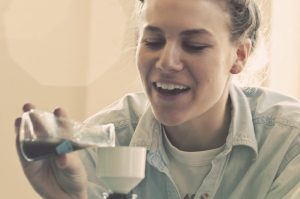 The report aimed to provide data and insight to help guide more informed policymaking—it did not aim to explain why gender differences in STEM exist. So, to understand why women make up a disproportionately low share of degree holders in all STEM fields, let’s look at a study carried out by Microsoft, and released a few days ago (March 13, 2018).

The study (Closing the STEM Gap: Why STEM classes and careers still lack girls and what we can do about it) found that girls and young women have a hard time picturing themselves in STEM roles, and that girls don’t initially see the potential to be creative in STEM careers, or have a positive impact on the world. It seems that these beliefs lead girls to lose interest in STEM and computer science as time goes on. In middle school, for example, 31 percent of girls believe that jobs requiring coding and programming are “not for them.” In high school, that percentage reaches 40. By the time they’re in college, 58 percent of girls count themselves out of these jobs.

However, the study also found that conditions and context can make a significant difference to girls, young women and their interest in STEM, and perceptions of STEM and computer science careers can change quickly. After being presented with just a brief description of the real-world accomplishments of engineers, mathematicians, and computer scientists, girls’ perceptions of those career characteristics changed dramatically. In some cases, the perception of the creativity and positive impact of STEM careers more than doubled.

Thus, girls need more exposure to STEM jobs, female role models, and career awareness and planning. Encouragement from teachers and parents makes a big difference in girls’ interest in STEM—especially when it comes from both teachers and parents. The study also identified hands-on experience as an important factor in motivating girls to pursue STEM careers. Almost a third (31 percent) of girls surveyed participated in extracurricular STEM clubs and activities. Compared to classroom instruction, these activities tend to be more hands-on and practical. That kind of exposure has a profound impact on how girls feel and what they know about STEM subjects and careers. An important additional motivating factor is the availability of positive role models and mentors.

However, the study concludes that the most important way to encourage girls’ interest in STEM is to listen to what they say about their challenges and desires.