The number of women who serve on corporate boards of directors is increasing a little at a time in the U.S., but we need more.  According to 2020 Women on Boards—a nonprofit organization that conducts research studies about the gender composition of the boards of directors of U.S. companies—women hold just a small number of board seats.  In 2015, the 2020 Women on Boards Gender Diversity Index of Fortune 1000 companies showed that women hold 18.8% of board seats, a very small percentage “when you consider that: women comprise about half of the total U.S. workforce; hold half of all management positions; are responsible for almost 80% of all consumer spending; and account for 10 million majority-owned, privately-held firms in the U.S., employing over 13 million people and generating over $1.9 trillion in sales.” 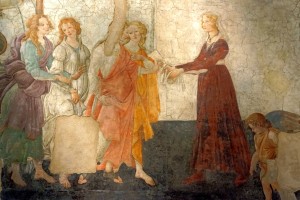 In biotech companies, the number of women who serve on boards is even lower.  The title of a Scientific American article published in 2013 says it all: “Women in Biotechnology: Barred from the Boardroom.”  A report released on January 24, 2017, by Liftstream, a London-based recruitment firm, details a study of 177 biotech companies which conducted an Initial Public Offering (IPO) between 2012 and 2015.  As private companies go public, they face increased public scrutiny and different challenges, all of which place new demands on the board.  Thus, Liftstream assessed whether companies took advantage of the transition process and diversified their boards by including more women.

The report (A Public Reality for Women in Biotech Boardrooms) found that only one in ten of all board positions are held by women—this number remains unchanged across small and medium size companies throughout the biotech sector.  On a positive note, the report found that almost 58% of the studied boards now have women serving on them.

The report also found that within various board committees, women serve on more than one committee.  However, women are mostly seen on audit committees, suggesting they are appointed for technical expertise, and are rarely seen on the most influential committees, thus indicating that tokenism—the practice of making only a symbolic effort in offering equal opportunities to underrepresented groups—might be responsible for their inclusion.   Indeed, according to the report, the influence of women over the board’s future appointments and direction is not growing as expected on the basis of their increasing presence on boards.  Thus, these women might be unable to shift the pattern of board appointments towards increased women representation.  All together, the new data point out to a still pervasive presence of gender bias in biotech.

In 2015, a Nature Biotechnology editorial asked: “No matter where you look in biopharmaceutical boardrooms, gender bias is evident.  Is it so difficult to actually acknowledge this pernicious bias and actively discourage all-male boards?”  The data provided by the Liftstream report seem to provide a “yes” answer: “yes, it is difficult.”  The report also shows that to reach 30% by 2025 (30% women on biotech boards), 255 women would need to be added to the studied boards. This is a significant number, if we consider that only 15 women were added in the last 4 years.

Gender bias is a complex issue.  It seems to elude viable solutions that apply to all settings.  However, women are taking action.  Newly developed programs, such as the innovative Women in Bio “Boardroom Ready“, are preparing women for their roles on biotech boards, and are expected to make a real difference in achieving greater gender diversity.