Until recently, I refused to be called a feminist.  As a child, I thought it was an insult.  A “feminist” was an idealist, an obsolete remnant from the past; someone who wanted to disrupt society for no reason.  Yet, all my life I’d had a nagging feeling that I would never be as respected as the men around me.  That led to some serious cognitive dissonance.  Over time, believing that men and women should have the same opportunities, I began to accept feminism, even though I didn’t know I was becoming a feminist.

Reading Lean In, I was struck by Sheryl Sandberg’s story about coming to terms with feminism.  In college, she and her friends had assumed that gender equality was a reality and that feminism was no longer necessary.  I could relate to her mindset all too well.  Reflecting on that story, I suddenly felt like society had brainwashed me into believing an alternate reality—one where gender discrimination is only a myth perpetuated by trouble-making women. 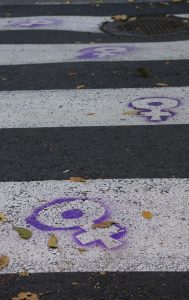 I recognize that this perspective on feminism was a result of how I was raised.  My family has always expected me to have it all—job, husband and children, in that order.  But they don’t understand that it’s harder for women to advance in their careers; that women do most of the childcare and housework; that women have less leisure time; that’s it’s altogether more difficult for women to “have it all.”  When I mention these issues to people I know, they usually respond: “But that’s not how my workplace/family is.”  By denying the existence of gender discrimination, they contribute to its persistence.

I know that not all women had the same experience; many have grown up as feminists.  Still I wonder, how has our society made so many women (and men) afraid to consider themselves feminists?  I think that this is mostly a result of societal backlash to a changing status quo.  Change is always met with resistance.  The way we live now was once inconceivable to most people in this country: women vote, go to college, and work outside the home.  But women are still fighting for independence and empowerment—as of now, they are largely underrepresented in leadership roles. The work of the women’s movement is not done yet.  In some circles, “feminist” still carries the negative connotation of someone who is dangerous to babies, dangerous to families, and dangerous to men.

Why is it still common to snub feminism?  There are many possible reasons.  People don’t realize how pervasive gender bias is in our homes and workplaces.  After all, women and men technically have the same rights.  With this mindset, it is up to individual women to ensure their own success, not the responsibility of society or the government.  This mindset also leads to thinking that a woman who talks about her gender-related difficulties is only whining or using her gender as a crutch.

Moreover, some fear that empowerment for women will inhibit the success of men, as they think that success is a non-zero sum game.  Others are simply comfortable with the status quo—they’re used to viewing women as merely playing a supporting role.  However, advancement for women does not mean subjugation for men.  I believe that it is possible for everyone to advance together.  Research shows that businesses with more gender-equal leadership are more successful and profitable.  And, if women take more of a leadership role in their families, men can resist the pressure they face to work and earn as much as possible.  Female empowerment can benefit everyone.

As it turns out, gender equality is an illusion.  Even people like me who try to be aware of our own biases still have biases!  Feminism is not obsolete; it’s just as necessary today as ever to ensure that women don’t play supporting roles to men in our personal and professional lives.  Men and women are inherently different, but that doesn’t mean we should have unequal opportunities.  If you believe that feminism is no longer necessary in this country, take a look at the many forms of gender inequality and be open to the possibility that, as I once was, you might actually be a closet feminist.

About the author: I am a senior at Georgia State University beginning my adventures in neuroscience.  I plan to design mechanical devices that can be controlled by the brain and nervous system.  Beside the sciences, I am passionate about yoga and believe that mindfulness can change lives.  I am also a cyclist, a knitter, a wannabe gardener, and (of course) a feminist.