Women are playing increasingly significant roles in medicine, law, and business.  However, the number of women in science, technology, engineering and mathematics (STEM) fields is growing at a lower rate.  Although there are significant variations related to specific fields, all together first-year women college students continue to be less likely than their male counterparts to express an interest in choosing STEM majors, resulting in generalized under-representation. 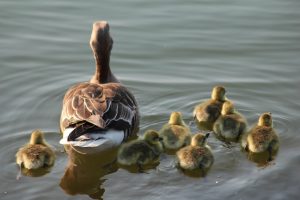 Why are there so few women in STEM?  According to the American Association of University Women (AAUW), implicit biases, stereotypes, and the climate of science and engineering departments in colleges and universities continue to block women’s progress in STEM.  There are two factors to take into account when designing strategies to increase the number of women in STEM.  The first relates to increasing the recruitment of women who enter the STEM pipeline, the second relates to increasing the retention of women who are already in STEM fields.  What can be done to increase women’s recruitment and retention in these fields?  The AAUW proposed solutions include: 1) Get girls interested in science and engineering, 2) Create college environments that support women in science and engineering, 3) Counteract biases.

Role models are essential to stimulate interest and to create supportive environments.  CDW-G—a leading technology provider to higher education and prominent employer in the technology industry—carried out a survey in August and September 2016 to explore women’s experiences and identify features of environments supportive of women in STEM.  The survey included two groups—150 current female STEM students who intended to graduate with a STEM major or had graduated with an undergraduate or graduate STEM degree in the last five years, and 150 former female STEM students who left their STEM major.

In addition, survey respondents suggested that universities and colleges take specific actions to provide a more supportive environment by creating internship opportunities for women pursuing STEM, by connecting students with influential females in STEM. and by bringing in more female role models to speak on campus.

Indeed, the important role that female role models play to positively influence the aspirations of female students is well documented.  One of the factors responsible for the under-representation of women in STEM fields is that women face negative stereotypes regarding their competence in the workplace—Influential female role models help to overcome problems posed by stereotypes as they show that it is possible to bypass gender barriers to achieve success.  Another factor is that female students often experience feelings of not belonging, making them sensitive to cues of rejection.  Female role models increase the sense of belonging because female students perceive their similarity to these role models.  Noticeably, it is the perception of this similarity, not an objective similarity, that mostly influences people’s responses to others.  Perceived similarity may be even more important than demographic similarity in predicting an effective role model.

As one student explains it: “I’m a big believer in the role model effect. Seeing people who look like you makes you want to pursue those fields.”