Letters of recommendation are often the most important component of applications for college, graduate or medical school, for fellowships, scholarships, internships, jobs, and for many more types of applications. These letters can be very persuasive, especially when applications are very similar in terms of education and experience. They provide the individuals evaluating the application with valuable external perspectives on the strengths, abilities and accomplishments of the applicant, and emphasize skills and competencies that may not be easily discerned from objective data such as GRE scores, GPA, and similar. Now, results from a new study show that letters of recommendations may reflect gender bias—women are significantly less likely to receive excellent recommendation letters than their male counterparts when applying for postdoctoral fellowships. 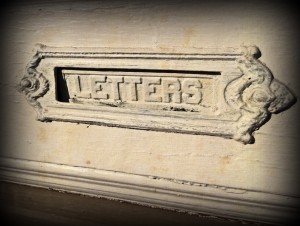 The study (Gender Differences in Recommendation Letters for Postdoctoral Fellowships in Geoscience) was published in Nature Geoscience on October 3, 2016, and focused on recommendation letters submitted by applicants for a highly selective postdoctoral fellowships in the geosciences at a top-tier U.S. research university.

The study authors analyzed an international data set of 1,224 recommendation letters, submitted by recommenders from 54 countries, over the period 2007–2012. They evaluated the overall tone of the letter, guided by comments that would separate an applicant from being perceived as excellent rather than just good. Phrases such as “scientific leader,” “brilliant scientist,” “role model,” and “trailblazer” could boost a candidate into the “excellent” category. Phrases such as “highly intelligent,” “very productive” and “very knowledgeable,” in the absence of additional information, placed a candidate in the “good” category.

The authors found that female applicants were only half as likely as men to receive letters written in ways that portrayed them as “excellent.” Female candidates were rather portrayed as “good” candidates. The letters written for female applicants were less likely to make the applicants stand out. Interestingly, the use of different language for male and females was consistent across letter writers. Indeed, it didn’t matter if the letter writer was a woman or a man, or from the Americas, Africa, Europe, or Asia; the results were universal. The researchers concluded that women are significantly less likely to receive excellent recommendation letters than their male counterparts at a critical juncture in their career, and believe that unconscious (implicit) gender bias determines how recommenders write their letters.

Kuheli Dutt, lead author of the study, said in a press release: “To be clear, we are not assigning blame or accusing anyone of being consciously sexist. We are all shaped by our biases; implicit biases surface in certain ways, and this may be one of them. The key thing here is to use these results to start meaningful dialogues on implicit bias.”

The fields of science, technology, engineering and mathematics (STEM), including the geosciences, are plagued by gender disparities. In the geosciences, women receive 40% of doctoral degrees, but hold less than 10% of full professor positions. In an era when women are increasingly prominent in medicine, law, and business, why are there so few women scientists and engineers? The American Association of University Women (AAUW) describes research findings pointing to environmental and social barriers that continue to block women’s progress in STEM. These barriers include stereotypes, gender bias, and the climate of science and engineering departments in colleges and universities.

Implicit biases develop subconsciously from the beliefs and stereotypes that we hear and experience throughout our lives, and they can affect how we perceive others. Previous studies in other fields have found, for example, that women are more likely to be described in collective terms such as “nurturing,” “diligent,” or “a team player,” while men are more likely to be described as “confident” or “dynamic.” For a field that is looking for leaders, these adjectives can make the difference in how a candidate is perceived.

Dutt said that their results are consistent with widespread implicit bias. She added: “You want to have the best available talent pool in the geosciences, and if you consistently hold certain biases against a certain section of the available pool, you’re not going to get the best talent.”