Workplace gender equality ensures that people access and enjoy the same resources, rewards, and opportunities, regardless of gender. However, gender equality is a concept that, as of now, does not seem to have a counterpart in the daily reality of most organizations. Men and women experience the same workplace differently, as opportunities for advancement differ considerably between men and women.

In 2015, the 193 members of the UN General Assembly adopted the 17 Sustainable Development Goals. Among them, Goal Five addresses a critical issue across the world—it aspires to “achieve gender equality and empower all women and girls” by 2030. However, gender equality remains elusive, not only at the global level, but also within the U.S. 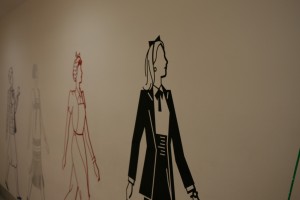 A 2015 survey by LeanIn.Org and McKinsey & Company found that “From entry level to the C-suite, women are underrepresented at U.S. corporations, less likely to advance than men, and face more barriers to senior leadership. In fact, at the rate of progress of the past three years, it will take more than 100 years for the upper reaches of US corporations to achieve gender parity.” Women currently hold only 4.6% of CEO positions at the biggest corporations (S&P 500 companies), and only 19.9% of board seats at these same corporations.

Karen Keogh, head of global philanthropy at JPMorgan Chase, said last year: “Gender equality in the workplace is getting unprecedented attention as a result of much more data being publicly available, much of it quite disappointing given how long we have been working on these issues.”

Now, a new report by LeanIn.Org and McKinsey & Company (Women in the Workforce 2016) shows that promotion rates for women lag behind those of men, and the disparity is the largest at the first step up to manager—for every 130 men who are promoted from the entry-level ranks to manager, only 100 women are similarly promoted. According to the report “Women are less likely to receive the first critical promotion to manager—so far fewer end up on the path to leadership—and are less likely to be hired into more senior positions. Women also get less access to the people, input, and opportunities that accelerate careers. As a result, the higher you look in companies, the fewer women you see.”

The key findings of the report are:

Sheryl Sandberg, founder of LeanIn.org, wrote about the report on September 27, 2016, in The Wall Street Journal. She points out that the report is a reminder, yet again, of how much is left to do. Companies need to make a stronger case for gender diversity—explaining why it matters and how it benefits everyone. Companies should also set goals and measure progress, and encourage women to keep negotiating. She concludes that “More women are leaning in—and we’ll all go farther when the workplace stops pushing back.”