According to the White House Office of Science and Technology Policy, STEM (science, technology, engineering and mathematics) fields “are essential to America’s economic growth and global competitiveness; however, there is currently a mismatch between the supply and growing demand for STEM-skilled workers.” Women represent a largely untapped pool, as gender disparities continue to be present in all STEM fields. Statistics from the National Science Foundation show that, since the late 1990s, more women than men enroll in college; women have earned 57% of all bachelor’s degrees and about half of STEM bachelor’s degrees. However, women’s representation is still low at higher position levels. For example, women’s share of full-time, full professorships has more than doubled since 1993. Despite this increase, women currently occupy only about one-fourth of these senior faculty positions. 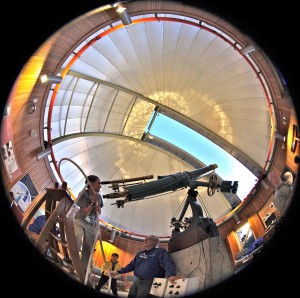 In addition, women’s level of participation in STEM fields varies—it is highest in psychology, where women account for 70% or more of the graduates at each degree level. Women’s participation is also relatively high in biosciences and social sciences (except for economics). The proportion of women is lowest in engineering, computer sciences, and physics. Not surprisingly, then, a new study (published on October 10, 2016, in the scientific journal Psychological Bulletin) focuses on the following question: Why are women represented in some STEM fields more than others?

To answer this question, researchers carried out a critical review of the most commonly cited factors explaining gender disparities in STEM participation, and investigated whether these factors explain differential gender participation across STEM fields. For the study (Why Are Some STEM Fields More Gender Balanced Than Others?), researcher first analyzed more than 1,200 papers about women’s underrepresentation in STEM. On the basis of this analysis, they identified ten factors that impact gender differences in students’ interest and participation in STEM. From these, the researchers selected the three factors most likely to explain the lower representation of women in engineering, computer science, and physics, when compared to other stem fields. The three factors are a lack of pre-college experience (lack of sufficient early experience with engineering, computer science, and physics), gender gaps in belief about one’s abilities (gender gaps in self-efficacy), and a masculine culture that discourages women from participating (masculine culture that signals a lower sense of belonging to women than men).

The researchers found that this masculine culture includes three main aspects: stereotypes of the fields that are incompatible with how women perceive themselves, negative stereotypes about women’s abilities, and a dearth of role models. Together, these factors appear to decrease women’s interest in a specific field by signaling that they do not belong there.

The researchers conclude that a more inclusive culture across STEM fields is the most effective way to increase women’s participation in computer science, engineering, and physics. Moreover, women’s participation may increase by providing students with early experiences that signal equally to both girls and boys that they belong and can succeed in these fields.