A seminal study published in 2012 in the Proceedings of the National Academy of Sciences showed that academic scientists are, on average, biased against women. To carry out the study, researchers asked science faculty from research-intensive universities to rate a student’s application materials for a laboratory manager position. Faculty participants were given identical applications. However, the student’s name was different. Half of the participants were given applications with a female name, and the other half applications with a male name. The researchers found that faculty participants not only rated the male applicant as significantly more competent and hireable than the female applicant, but also selected a higher starting salary and offered more career mentoring to the male applicant. The researchers also found that female and male faculty were equally likely to exhibit bias against the female student. 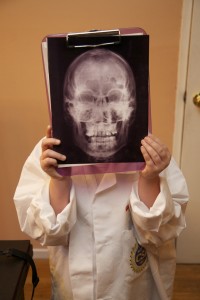 In 2008, the National Institutes of Health launched an initiative that funded fourteen R01 grants for the study of the causal factors that promote and support the careers of women in biomedical science. A collection of research studies published a few days ago as a result of this initiative highlights a variety of factors that affect the careers of women in the biomedical field and provide further evidence that gender bias plays a significant role in success achievement.

In one of the studies, researchers analyzed qualitative interviews with women in PhD programs to assess how these women described and interpreted gender issues at early stages in their training. Of 22 women, 19 acknowledged systemic gender inequities in science and/or reported instances of bias.

In another study, researchers analyzed 739 critiques of R01 applications, both funded and unfunded, and compared priority scores, criteria scores, and text analysis results by the sex of the principal investigators for both new or renewal R01 applications. For renewal applications, reviewers assigned significantly worse scores to women than men despite using more positive adjectives, as for example “outstanding,” and “excellent”, for women. The researchers concluded that RO1 application reviewers implicitly (unconsciously) hold male and female applicants to different standards of evaluation, particularly for R01 renewals. Critiques and resulting scores are the decisive factor for RO1 grant awards, which in turn determine the level of research success for biomedical scientists.

Further studies are needed to identify the specific effects of gender bias on the different components necessary for success in the biomedical field. In addition, it is imperative to continue raising awareness while designing programs that bring about systemic organizational change, so to mitigate and eventually eliminate gender biases.