Gender inequality—the result of differences in socially constructed gender roles—remains a major barrier to the advancement of women in the workforce. There has been progress during the past years, as exemplified by the number of women-owned firms in the U.S., which continues to climb and is now estimated to have surpassed 9.4 million enterprises—30% of all businesses in the country. In addition, the gender pay gap is lower than it has ever been. However, there is still progress to be made and, among other needed advances, the number of women that reach top leadership positions must be improved. 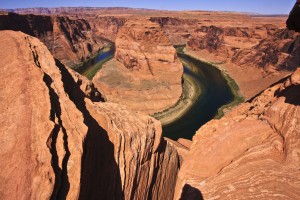 A 2015 study undertaken by LeanIn.Org and McKinsey & Company (Women in the Workplace) shows that women remain underrepresented at every level of the corporate pipeline and that—at the rate of progress of the past three years—it will take a long time for the upper reaches of U.S. corporations to achieve gender parity: 25 years for the senior-VP level, and more than 100 years for the C-suite.

Why are women underrepresented in the corporate pipeline? The general assumptions are that women are leaving companies at higher rates than men, or that women have difficulties in balancing work and family. However, the study—which involved the participation of 118 companies and nearly 30,000 employees—points out that women remain underrepresented because they face greater barriers to advancement and a steeper path to senior leadership.

So, what are the specific barriers that hold back women in U.S. corporations? According to the study, there are 6 major obstacles to women’s advancement:

The findings from the Women in the Workplace study, being based on results from a large survey, may help debunk the myths that attempt to explain why women are underrepresented in U.S. corporations, and may encourage companies to build organizational cultures that allow both men and women to thrive in the workplace.