Unicorn Companies: Contributions of Immigrants to the U.S. Economy

First popularized by the venture investor Aileen Lee in her 2013 TechCrunch article, the term “unicorn companies” is now widely used when referring to startups valued at $1 billion dollars or more by investors. The unicorn is a legendary creature similar to a white horse, the only difference being a slender, pointed, and usually spiraling horn growing out of its forehead—thus, the unicorn is a rare and prized version of the horse. Similarly, unicorn companies are rare and prized—they reach a valuation of $1 billion or more while privately held. 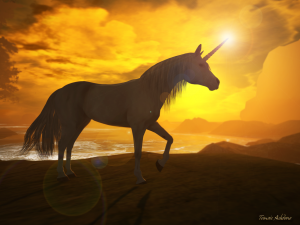 Now, a study released about 10 days ago (March 17, 2016) points out one of the ways immigrants participate in the U.S. economy. The study, by the National Foundation for American Policy (NFAP)—a non-profit, non-partisan organization dedicated to public policy research on trade, immigration, education, and other issues of national importance—reveals that immigrants play a key role in creating new, fast-growing companies: immigrants have started more than half of America’s unicorn companies, and are key members of management or product development teams in over 70 percent of these companies. The most common positions held by immigrants in such companies are chief technology officer (CFO), chief executive officer (CEO), and vice president of engineering.

For the study (Immigrants and Billion Dollar Startups), researchers conducted interviews and gathered information on the 87 U.S. startup companies valued at over $1 billion (as of January 1, 2016) that have yet to become publicly traded on the U.S. stock market and are tracked by The Wall Street Journal and Dow Jones VentureSource (Billion Dollar Startup Club.)

The study results show that 44 out of 87 of the U.S. unicorn companies had at least one immigrant founder, thus pointing out the increasing influence of immigrants at major startup companies. Indeed, a 2006 study conducted with the National Venture Capital Association (NVCA) identified an immigrant founder in 25 percent of venture- backed companies that became publicly traded between 1990 and 2005, while a 2013 NVCA study found immigrants started 33 percent of venture-backed companies that became publicly traded between 2006 and 2012.

Outstanding immigrant entrepreneurs profiled in the research include, among others:

Stuart Anderson, author of the study and NFAP executive director said in a press release: “Immigrants play a key role in creating new, fast-growing companies, as evidenced by the prevalence of foreign-born founders and key personnel in the nation’s leading privately-held companies. The findings help illustrate the increasing importance and contributions of immigrants to the U.S. economy.”

Collectively, the 44 companies with at least one immigrant founder are valued at $168 billion and, notably, excel at job creation—they create an average of about 760 jobs per company in the U.S.