Women in STEM: Influence of Parenthood on Gender Imbalance

By Roberta Attanasio, Forever Leaders Editor
The vitality of the US workforce in the various science, technology, engineering, and math (STEM) fields is threatened by a persistent gender imbalance, with women noticeably underrepresented especially at higher ranks of the career trajectory. Gender imbalance persists despite considerable research dedicated to understand its underlying contributing factors, and despite efforts by US institutions to attract and retain women in STEM.
During the past several years, research has focused on differences typically reported by young women and men when they describe their experiences in STEM education, or while transitioning from school to work in STEM fields. Now, a recent study that instead focuses on full-time STEM professionals provides new insight on factors responsible for the underrepresentation of women.
To carry out the study (The changing career trajectories of new parents in STEM), published a few weeks ago in the journal Proceedings of the National Academy of Sciences, researchers used a nationally representative 8-year longitudinal sample of US STEM professionals to examine the career trajectories of new parents after the birth or adoption of their first child. In their paper, the researchers point out that the professionals they examined were rich in human capital, having successfully completed college and being employed in a STEM field, or having completed graduate-level training and being employed in a STEM field. 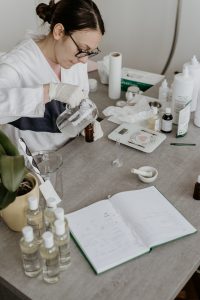 The study is based on data from the National Science Foundation’s Scientists and Engineers Statistical Data System (SESTAT), which contains surveys of the US STEM workforce carried out every two to three years. For the study, researchers compared the career trajectories of 629 men and 212 women who were full-time STEM professionals in 2003 and became first-time parents before 2006, when the next SESTAT data collection cycle was performed. Of the new parents, about 12% held doctorate degrees, 26% master’s degrees, and 62% bachelor’s degrees. They were employed in different settings, including academia, industry, government, and more. The career trajectories of these first time parents where then compared to those of 3,365 scientists who remained nonparents through 2010.
The study results show that parenthood is a major driver of gender imbalance in STEM employment. Specifically, the study shows that 43% of women and 23 % of men leave their STEM careers within four to seven years from the birth or adoption of their first child. Thus, the proportion of new mothers who leave STEM is nearly double that of new fathers who do the same. For the study, researchers tracked multiple paths of attrition from STEM, including transitioning into a part-time STEM career, transitioning into a full-time or part-time career outside of STEM, and leaving the workforce entirely. They found that new mothers are more likely than new fathers to leave STEM, to switch to part-time work, and to exit the labor altogether. These gender differences exist independent of discipline, race, and other demographic factors.
In their paper, the researchers eloquently describe some of the persistent features of STEM fields. “STEM fields are some of the most male-dominated professions in the US and have diversified more slowly than other fields. Cultural expectations of intensive hours and the rapid pace of STEM innovation may be particularly difficult to meet for new parents with family responsibilities. Early in their training, aspiring STEM professionals encounter cultural beliefs that families are supposed to support their work, not the other way around. This may be especially true for mothers in STEM. Women with children are less likely to be employed full time in science and engineering fields than similar men with children, and employed mothers are often viewed as less valuable STEM professionals than their colleagues without children. As such, new mothers may confront more obstacles than new fathers to their continuation in full-time STEM employment.”
Erin Cech, the study’s lead author, said in a press release: “Not only is parenthood an important driver of gender imbalance in STEM employment, both mothers and fathers appear to encounter difficulties reconciling caregiving with STEM careers.” 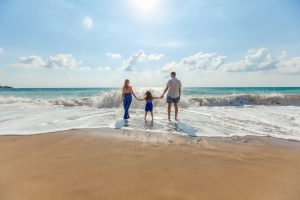 Notably, a significantly greater proportion of new parents in the group who left to work full-time outside of STEM (38% of new fathers and 71% of new mothers) reported they left for family-related reasons. In contrast, only 4% of nonparent men and 5% of nonparent women indicated they left the STEM field for family-related reasons.
Imbalance is also high in the “female-friendly” life sciences STEM disciplines—biomedical sciences and biology, for example. Women in the life sciences and engineering or computer science leave at about the same high rate.
In the press release, Cech added: “These findings point to the importance of cultural shifts within STEM to value the contributions of STEM professionals with children and the need for creative organizational solutions to help these skilled STEM professionals navigate new caregiving responsibilities alongside their STEM work.”
Indeed, in their paper the researchers emphasize that: “Turnover of such highly skilled, college-educated professionals is costly and disruptive for organizations; in the long run, it may be more efficient for organizations to set up policies that allow the STEM professionals already on staff to more easily manage their caregiving responsibilities than to recruit and train replacements.”
Copyright © 2016-2019 Forever Leaders.