Results from several studies have demonstrated that, in the academic world, student evaluations of their instructors are unintentionally influenced by the instructors’ gender—the bias is (surprise?) against female instructors. 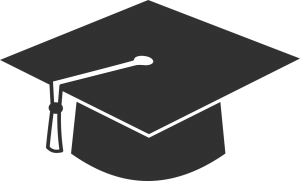 Results from a study published in 2016 (Students evaluations of teaching [mostly] do not measure teaching effectiveness) confirm the previous findings, and show that student evaluations of teaching are biased against female instructors by an amount that is large and statistically significant. The bias affects how students rate even putatively objective aspects of teaching, such as how promptly assignments are graded.

Now, a new study shows that gender bias in academia influences not only teaching evaluations, but also requests for special favors—for example redo an assignment for a better grade, or turn in an assignment past the deadline. The study (Dancing Backwards in High Heels: Female Professors Experience More Work Demands and Special Favor Requests, Particularly from Academically Entitled Students) was carried out by Amani El-Alayli and collaborators. As reported by Inside Higher Ed, El-Alayli was inspired by her own experiences with what she called “outrageous requests” to break her own policies, or go far out of her way for a vocal minority of students over the years. Especially surprising was when students wouldn’t take no for an answer, sometimes for weeks on end. Some students had negative emotional responses to having their requests denied, and some students even expressed to her their disappointment, irritation or suspicion she didn’t like them.

The study found that sexism, or a student’s view about women in authority, did not play a role in asking special favors. Instead, entitled students—students who believed that they were deserving of academic success, irrespective of their actual performance or the effort they put in achieving success—were particularly likely to ask a female professor for extra favors, and react negatively if those favors were denied. These effects were driven by entitled students’ greater expectations of getting special favors granted by a female professor than a male professor.

El-Alayli said: “Students with high academic entitlement were more inclined to be irritated or disappointed when a female professor denied their requests, and more likely to then persist in asking for favors after being denied. They were also more likely to conclude, if the professor was female, that a request denial meant that the professor disliked them.”

She hypothesize that the gendered expectations that men are more respected and authoritative make even entitled students unlikely to oppose their male professors’ decisions. They might even believe that it would be counterproductive or fruitless to oppose male professors and to keep on nagging, because they are not easily swayed. Thus, these students’ entitlement may only manifest when interacting with female professors.